What is cultural heritage? 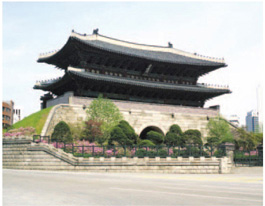 Sungnyemun was the main south gate of Hanyang, the capital city of the Joseon Dynasty, built in the seventh year of King Taejo’s reign (1398) but completely renovated in the 29th year of King Sejong’s reign (1447). The gate, the oldest wooden construction in Seoul, has significant symbolic value as the gateway to the city. It was designated as National Treasure No. 1 for reflecting the distinctive characteristics and style of early Joseon architecture. The designation number, however, does not signify the order of importance among cultural properties.